The position of the bottom of the PET bottle is offset 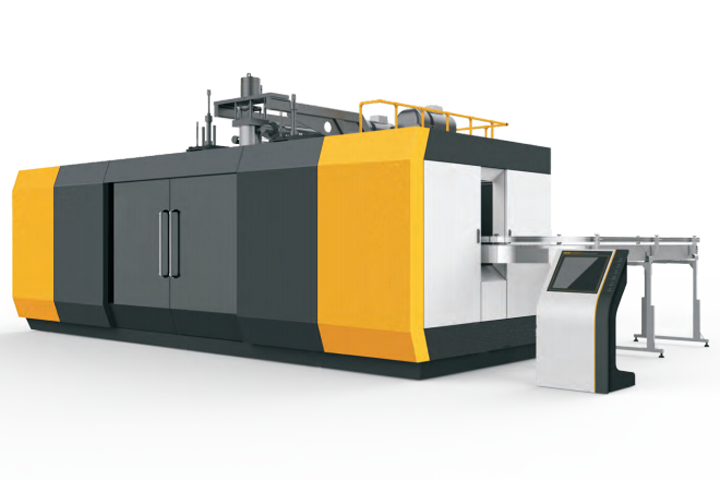 Single Station Extrusion Blowing Machine
The 2L-16L single-station automatic blow moulding machines include four series of ZQS-2L, ZQS-5L,ZQS-10L and ZQS-16L. The Machine is a single station machine, and suitable for producing high quality container with medium output. It specializes in the manufacture of PE\PP\PVC\TPU\PETA containers of up to 16L, with from one to six fold diehead, for use in the packaging of petroleum, cosmetics, chemicals, pharmaceuticals,food, toys and auto-parts. The clamping system is a high-precision single-station linear guide, extrusion system using a hard gear reducer and inverter imported from Japan.The die head system adopts central-incoming extrusion die made of special steel, imported hydraulic valve and seal parts with proportional control valve. The control system consists of PLC and Human-machine interface imported from Japan, an automatic temperature control module and imported electrical parts. 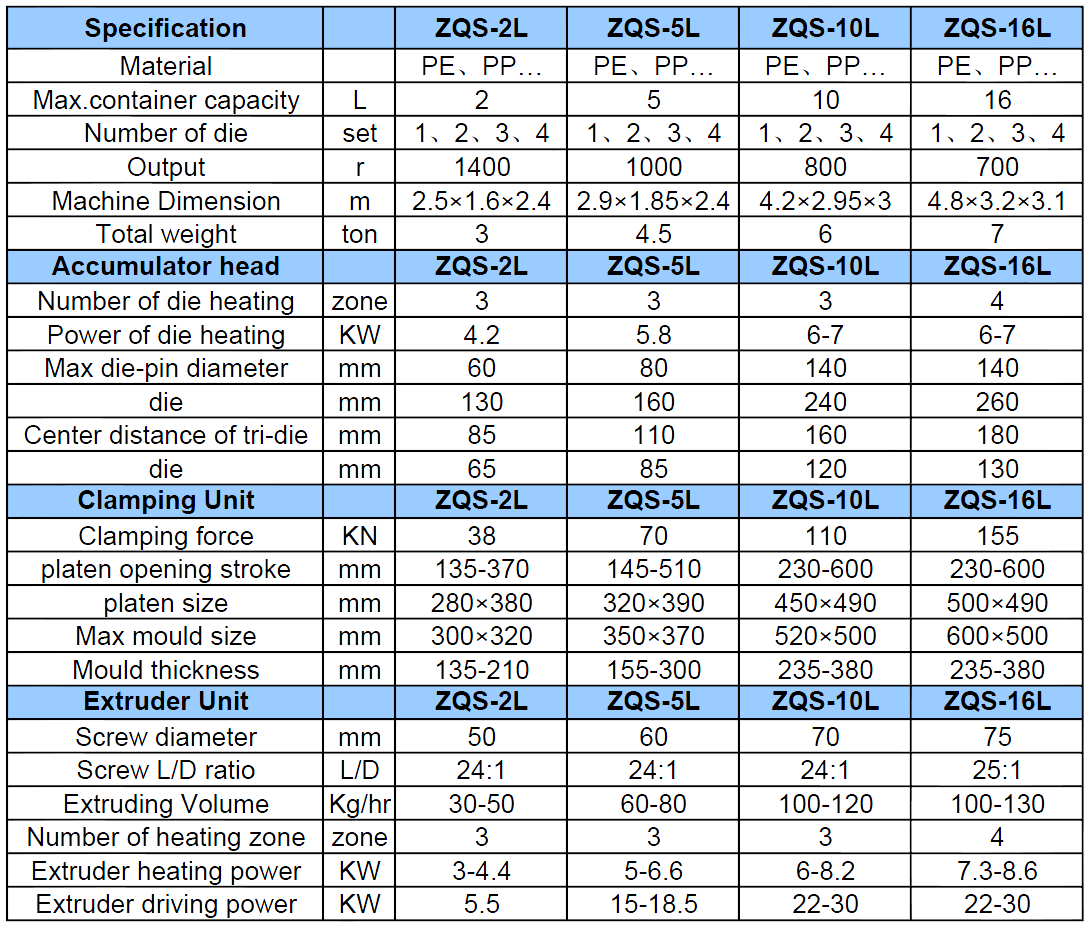 Note: The specifications are subject to change without notice for the further improvement. Custom production accepted. Any client idea tried.

Reply to your inquiries about products and related questions online within 24 hours.

Timely and effective problem solving mechanism. If the equipment fails, we will solve the problem within 48 hours after receiving the customer's notification.